What is the Jock Tax?

Many people hear about jock taxes, but very few people actually know what they are. One of the problems with taxes is that the overwhelming variety of taxes creates confusion about why people are taxed in the first place. A fun fact about income taxes is that they were supposed to be a temporary burden on taxpayers in order to help support the war, but in 1913 the first law for permanent taxes was put into place. While everyone files taxes, most people do not really even know why they are being taxed.

What is a Jock Tax

The jock tax is a tax that is placed on traveling professionals. This tax makes it so that the professionals have to pay income tax in each state in which they earn an income. For example, if an athlete were to travel to Illinois to play a game and then to California to play another game, said athlete would be responsible for paying taxes in his state of residence, California and Illinois. While some people may think this is absurd, there are many states that participate in this specific taxation scenario.

A Bit of History

The jock tax was founded in 1968 and began with a case between an athlete and the state of California. California believed that the athlete was behind in state income taxes, even though he did not reside in California. The reasoning for this charge was because he earned a great deal of income from California, thus making him responsible for income taxes. The judge ruled in favor of California stating that the state could only tax for the actual working days the athlete spent in the state. 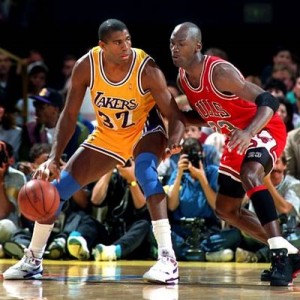 What People think about the Tax

Many people believe that this tax is arbitrary and should be abolished because it singles out certain people and professions and creates an unnecessary administrative burden on traveling professionals. Some consider the tax a petty war between two states that happened to gain momentum and support from other states that began using the tax themselves. While many states have jumped on the bandwagon, there are many people who still believe that the tax is unnecessary and unwanted.

The jock tax is a fairly new tax that was developed to help keep state funds within the state they were earned. With athletes making large sums of money and states experiencing budget crises, it is no wonder a tax like this creates controversy.